We are so excited for this new Nat Geo WILD series! The 6-episode series is called  “Jungle Animal Rescue” in the UK, Europe, USA and “India’s Jungle Heroes” in India, Southeast Asia and other locations. Please check your local listings for time and date. Watch on:  Amazon Prime Video |  Disney Hotstar in India

We all are truly excited about the show! If you have always wanted an up-close look at the lifesaving work of Wildlife SOS, this is your unique opportunity to see us in a way never before possible. This episode highlights the reunion of a mother leopard with her tiny cub. Invite your friends and have a watch party!

A land of elephants, tigers, leopards and bears, India is one of the most biodiverse countries on earth. But it’s also home to 1.3 billion people who increasingly compete with wild animals for living space. Now, a dedicated team of conservationists and vets are on a mission to rescue animals in distress and find a way for India’s people and wildlife to coexist in harmony.

Operation Elephant – Wildlife S.O.S rescue a begging elephant from the streets, a paralyzed monkey, and a deadly venomous cobra in a school classroom.

Safe and Sound – In India Wildlife SOS teams race to save twin leopard cubs that fell down a well, rescue a huge python, and release a leopard back into the wild.

Family Reunion – A hyena chased by frightened villagers, a reptile invades a city home. And a lost leopard cub is separated from her mom.

Homecoming – Following a monsoon flood the Wildlife SOS team is called out on a dangerous mission to extract a crocodile flushed down a well; a monkey that lost both its arms in an electrocution incident is savaged by dogs and needs emergency medical treatment before it bleeds out. The race is on to reunite a litter of jackal puppies with their missing mother.

Tiger’s Tale – Wildlife SOS are determined to help a rescued 18-year-old tiger Jawara, whose teeth and paw were damaged in a poacher’s trap. Meanwhile, the rapid response team gets an emergency call when an 8-foot long python is discovered in a busy train depot.

Bear Necessities – Wildlife SOS ended bear dancing in India, rescuing 628 bears from this cruel and illegal trade. Its medical team uses laser massage technology to help a bear that has had a brain haemorrhage, and a rapid response team also rushes to rescue an injured Nilgai – the largest and most dangerous antelope in India. 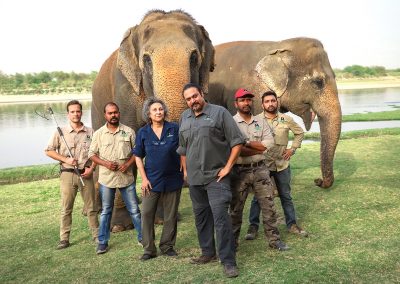 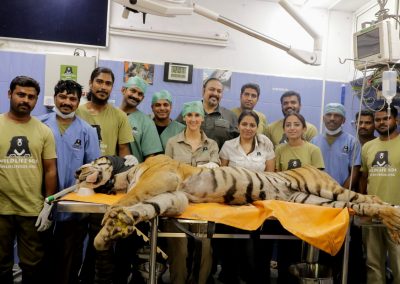 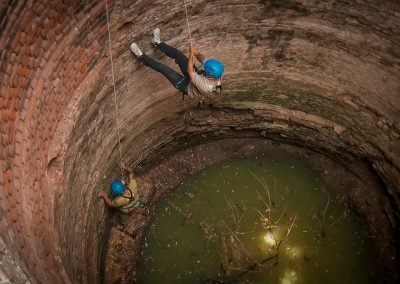 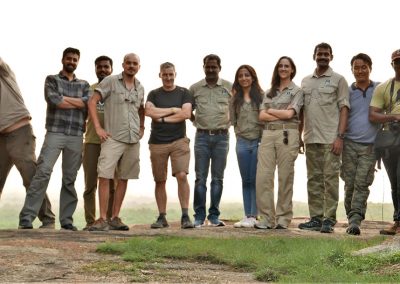 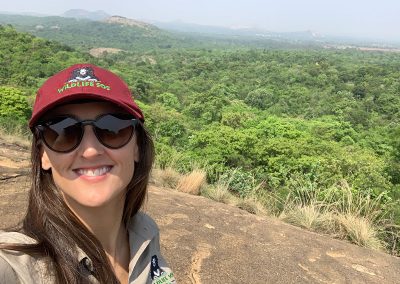 Kalpana celebrates rescue first anniversary – our staff and elephants caregivers organised a special cake for her made of cooked concentrate and decorated with watermelon chunks, on a platter of green fodder, accompanied by small chunks of melons, jackfruit and papaya! Read more »

A new life for Kalpana – Kalpana’s story is representative of the life of many begging elephants in India, whose owners view them only as money-making machines. Kalpana was a victim of this cruel commercial exploitation, and has been left with a lifetime of painful disabilities at the young age of just 35 to 40 years. Read more »

Marking a new beginning for Kalpana – After spending nearly four decades of her life serving a greedy master, Kalpana got another chance at life when she arrived at the Wildlife SOS Elephant Hospital for treatment on the 1st of April, 2019. Within the first week of her arrival, Kalpana let us see the glimpses of her playful personality.  Read more »

A month into Kalpana’s journey at the elephant hospital – Kalpana had never experienced kind hands. She was an ‘investment’ and she needed to live up to her worth. In a bid to squeeze every penny out of her, Kalpana’s health became secondary. Her nutrition was severely compromised with and despite her large size, Kalpana had a shockingly lower weight than the ideal weight for her stature, worrying our team greatly. Read more » 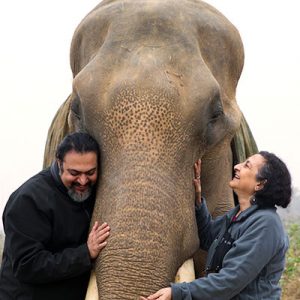 Kartick Satyanarayan, CEO and Co-Founder, Wildlife SOS – Kartick’s love of the natural world began early in life rescuing animals and exploring the forest near his Bangalore home. He started his wildlife career as a field research biologist tracking tigers for the Wildlife Conservation Society. Today he oversees 10 wildlife rescue and rehabilitation facilities for tigers, bears, leopards, reptiles, birds and elephants. He also heads the Anti-Poaching unit of Wildlife SOS called ‘Forest Watch’ and often goes undercover as a decoy to crack poaching gangs.

Geeta Seshamani, Secretary and Co-founder, Wildlife SOS – Geeta is an active senior wildlife conservationist and animal rights activist. For over three decades, her life has been centred on the profound belief that man can coexist with animals and forests. She is the Vice President of Friendicoes SECA and also the Co-Founder and Secretary of Wildlife SOS. When Geeta witnessed a sloth bear being forced to dance while its owner begged for money in Uttar Pradesh. She joined forces with Kartick to launch a 30 month long investigation to understand the problem and later that year Wildlife SOS was born.

Baiju Raj, M.V., Director of Conservation Projects, Wildlife SOS – At the age of 3, Baiju knew more about the reptiles and critters that shared his home than most adults do in a lifetime. His passion for animals eventually led him to obtain a degree in zoology, after which he moved on to study marine geology and complete a PG Diploma in environmental science. Baiju is deeply involved in both the rescues and management of wild animals at Wildlife SOS rescue and care centres. He actively works with state forest departments and police in combating illegal wildlife trade as well as in legal prosecution assistance.

Selvaraj Ilayaraja, Deputy Director of Veterinary Services, Wildlife SOS – With vast experience in the field of veterinary care, rescue and rehabilitation of wildlife, Dr. Ilayaraja  has co-authored several papers on wildlife veterinary medicine, rehabilitation and conservation, as well presented his work at numerous conferences around the world, receiving awards for some of them. With a Post Graduate Diploma in Wild Animals Disease Management, Dr. Ilayaraja is Wildlife Veterinary Officer at the Agra Bear Rescue Facility and at the Elephant Conservation Care Centre.

Yaduraj Khadpekar, Assistant Director of Veterinary and Research, Wildlife SOS – Dr. Yaduraj completed his Bachelor of Veterinary Sciences and Animal Husbandry, followed by Masters of Veterinary Science in Conservation Medicine at Murdoch University, Australia. He works with elephants and sloth bears, as well as many other wild animals that the organization regularly rescues and rehabilitates. Dr. Yaduraj is in charge of the Elephant Conservation and Care Centre and also India’s first Elephant Hospital in Mathura. He has led many elephant care and management workshops and elephant rescues and veterinary inspections throughout India.

Mahendra Dhore, Manager and Veterinary Assistant, Wildlife SOS – Mahendra has spent 16 years in the field of leopards focused on wildlife conservation. He started his wildlife journey with the Forest Department in 2005 as a Veterinary assistant and in 2007, then he connected with Wildlife SOS for the building of the leopard rescue centre in Manikdoh, Junnar.

Arun A Sha, Director of Research and Veterinary Operations, Wildlife SOS – Dr. Arun has led many rescue teams and rehabilitation efforts, and treated sloth bears, leopards, elephants, tigers and other wildlife. He has done pioneering work in research and publication, he has been part of over 18 International Publications and over 80 National Publications. Dr. Arun has attended many national and international seminars and workshops, and he was a TEDxMEC 2019 speaker.

Reed Harrison Nirula, Wildlife SOS Volunteer – Reed’s background is in sales, marketing, and creative endeavours. She has been volunteering with Wildlife SOS for the last 8 years, and focuses her efforts primarily on outreach, fundraising, building awareness and relationships, education and educational- related campaigns. As needed, she works with the animals in a hands-on capacity, and says it’s always a privilege to participate in such efforts.

Dr. Hezy Anholt, Wildlife SOS Volunteer Veterinarian – Hezy graduated from the Western College of Veterinarian Medicine and completed a veterinary zoo internship in 2016. Dr. Anholt is most passionate about conservation of biodiversity and spreading the message of “one health,” which recognizes that the health and wellbeing of all living things is interconnected. She has worked as a wildlife vet in Nigeria, Canada, Malawi, and India.

Dr. Paul Ramos, Wildlife SOS Volunteer Veterinarian – Paul is a wildlife veterinerian who has lived and worked across the world, looking after all sorts of creatures from critically endangered stick insects to majestic Asian elephants.  After receiving a Zoology degree he put on a backpack to travel the world for a year, 20 years ago. Along the way Paul became a vet, then a wildlife vet, and now he considers himself a passionate storyteller with one core message: we are all connected.

Any cookies that may not be particularly necessary for the website to function and is used specifically to collect user personal data via analytics, ads, other embedded contents are termed as non-necessary cookies. It is mandatory to procure user consent prior to running these cookies on your website.